Is China a New Imperialist in Africa?

A Journey to Reconcile My Conflicting Feelings about China

For some time now, I have had conflicting feelings about China. On the one hand, I regard myself as an admirer of China for its achievements in economic development. Growing up in an impoverished family myself, I praise China for moving over 700 million people out of poverty in just three decades. On the other hand, a number of media outlets speak of China as a new economic “imperialist” in Africa. Being an African myself, such news scares me. However, I did not rush to believe what I see and hear on the media; instead, I decided to look into this issue and do my own research, by travelling to China, surveying independent official data sources and interviewing people from different countries.

My travels to and through China confirmed my admiration of the country. Over the past three years, I have visited several cities including Beijing, Hangzhou, Shanghai, Shenzhen and Xi’an. Taking high-speed trains from Beijing to Shanghai, Hangzhou and Ningbo, I was amazed by the train stations which look like mini airports with several floors, glittering structures packed with thousands of commuters moving around the cities and country. The trains themselves are fast, clean and very comfortable and allow the visitors to easily travel to many places to experience these cities’ historical sites, big shopping malls and local restaurants. All of these shops and restaurants, including tiny ones in the alleys, are equipped with technologies which allow for different options of payment. I talked to many Chinese people in my broken Chinese, finding out that many people actually come from other provinces, towns or villages to these cities to travel or work. On these trips, I have learned that China has not just moved over 700 million people out of poverty; it has also moved hundreds of millions to even higher income levels. My appreciation for China’s achievements deepened. But I still need to get answers to my opposite feeling that China might have become a “new imperialist” on my continent.

As China’s economic activities grew at home, they grew abroad too. Since the 1980s, the country’s open-door economic policy increased economic capacity at home, enabling China to expand its economic ties with countries across the world. One of these places is Africa, my home continent. Over the recent years, China has also become Africa’s number one trading partner. According to the World Bank, China has been Sub-Saharan Africa’s top export destination and also source of imports since 2015. Growing number of public infrastructure projects have been financed by Chinese companies. Unlike 15 or 20 years ago, it is common nowadays to see Chinese engineers on construction sites and Chinese restaurant or shop owners in various major cities across the continent. These developments are, however, depicted by certain quarter in the media as “a new (economic) imperialism”. To what extent is this a true depiction?

To check the accuracy of this depiction, I analyzed two main sources of information: (A) official data from sources such as the World Bank; and (B) survey data that I collected by interviewing people from around the world.

(A) Observations from official data

Looking at data sources, the quick answer to the question of whether China is an economic imperialistic force in Africa is: no. Two main reasons why some media commentators depict China as an imperialist in Africa are (i) an increased China’s investment and trade with the continent; and (ii) increased number of Chinese working on the content.

Does an increase in investment and trade between countries show imperialistic relationship? If high levels of trade and investment flows were indicators of an imperialistic relationship, then China should be the least imperialist towards Africa, because investment and trade between China and Africa is only a fraction of the investment and trade between China and other regions of the world. The data from the World Resource Institute shows that China’s largest investment destinations over recent years have been its own continent of Asia as well as Europe, Latin America and North America respectively. Interestingly, Africa does not even feature in the rank. The same is true in terms of trade. Although China has recently become Africa’s number one trading partner, China’s top three trading partners are also the Association for Southeast Asian Nations (ASEAN), North America and the EU. At the state level, China’s top 10 trading partners are the United States, Japan, South Korea, Germany, Vietnam, United Kingdom, the Netherlands, India, Singapore and Malaysia. Neither an African country nor the African continent itself features in this list. In fact, looking at the statistics, China would appear to be doing less in Africa compared with other regions around the world.

Another argument is the growing number of Chinese workers and business owners on the continent. Again, the largest populations of Chinese citizens working abroad work in non-African countries. The most recent top 10 homes to Chinese citizens living or working abroad are Indonesia, Thailand, Malaysia, USA, Singapore, Peru, Canada, Vietnam, Philippines and Myanmar. These countries have the entire towns in their big cities called “China Towns”. Obviously, even these countries have no issue of imperial policy with China. From history, we know that imperial powers also have decision-making powers in their imperial territories. China has none. China is rather looked at unfavorably for its non-interference and non-interventionist policy.

Some people, for example, in a Huffington post article from August 2016, still argue that Chinese construction companies bring along Chinese workers to Africa. A recent report by the Forum on China-Africa Cooperation, held in Addis Ababa, Ethiopia, shows that out of 75 Chinese companies surveyed in Kenya in 2014, 78% of their employees were local Africans. This proportion is even higher when we look at some big Chinese companies operating on the continent. Out of 25,400 employees of China National Petroleum Africa branch surveyed in 2014, 82% were local Africans. Moreover, 97% of total 20,000 workers employed by the Li Group in Nigeria, surveyed from 2011 to 2013, were local Nigerians. These statistics may not exactly reflect the conditions of all other Chinese companies, but they are indicative of the fact that the overwhelming majority of workers employed by Chinese companies in Africa are, in fact, local Africans. Due to lack of high level technical skills and language barriers, the remaining small percentages of Chinese workers may well benefit by working side by side with local African workers, transferring technical know-how as well as facilitating communications as translators.

There are also complaints against some Chinese and non-Chinese companies about poor pay. The recent years’ deadly strikes by South African mining workers against Amplats and Anglo American Platinum companies are few examples. Seeing similar complaints against these non-Chinese companies, I would argue that these issues are mainly due to local factors such as poor infrastructure and associated high production costs as well as poor local governance and corruption, most of which can better be addressed locally.

(B) Evidence from survey data

These observations from the official data are revealing, but do not shed much light on people’s own perceptions of China as an “imperialist” power in Africa. Does this actually coincide with people’s own opinions that China is a new imperialist power? It is this question which I embarked on exploring by interviewing 200 people through online questionnaires.

Among the sample participants, 36.3% are Africans, 26.4% Chinese, 25.3% Europeans, and 12% from rest of the world. Over 93% of the participants are either university graduate students or graduates working in various sectors. Asking them several questions, including whether they agree with the description of China-African relationship as economic imperialism as well as whom they think benefits from the relationship, revealed conclusive results: an overwhelming majority of 97% said that they do not believe that there is an imperialist relationship between the two. A majority of 85.71% of the participants also said that the relationship is beneficiary to Africa, Africa and China, or the whole world including Africa & China. A very small minority, only 14.29%, said that the relationship serves China’s interest only. Considering these results and my own personal conviction of China’s positive role in the future, I saw my belief confirmed for the time being. Widening the survey to a greater sample may go a long way in providing me with greater insights into public perceptions of China in Africa.

But a deeper look at the current survey data set reveals another interesting statistic: nearly 70% of those who said the relationship just benefits China had neither been to Africa or China. This goes some way in demonstrating that the depiction of China as an imperialist is largely the opinion of the people who have limited understanding of the true Africa, China or their interrelationship. Only a tiny minority of 8.33% of the participants with African or Chinese background said that the relation benefits China more. In reality, foreign investors including Chinese create net positive jobs and the locals benefit from the investment in many ways. If they do not, it is mainly due to their local or national government’s failures to have proper systems in place that makes sure that the locals benefit from investment projects.

China’s own success has, largely, been based on trade with the rest of the world. The way forward, I believe, is to coordinate between both sides in creating an environment where the people from both sides benefit from the trade, investment and other forms of cooperation. African leaders would be wise to take a leaf out of China’s book to extend their own economic engagement, not just with China, but also in reaching out to the rest of the world. 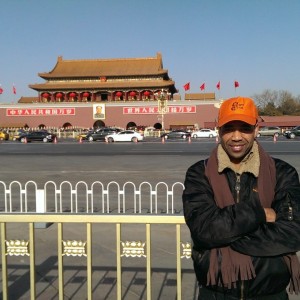 Abdella M. Oumer is an entrepreneur and has been working on a start-up development and social business project called CidbiG. He received his undergraduate degree in economics from Addis Ababa…