Imagine that you are eager to launch your own company in the flamboyant Chinese market: And yet the moment you start, you are immediately overwhelmed by the strict rules and complicated administrative procedures.

This might have been the case five years ago. But today in Shanghai, you will find that the market is much friendlier to foreign investors. Starting your own company becomes easier, faster, and possible in more sectors. Even getting a Chinese residence permit will become less difficult.

Established on 20 September 2013, the Shanghai Pilot Free Trade Zone (Shanghai FTZ) is the Chinese government’s latest major initiative in adapting to global economic development trends and furthering its opening up to the outside world. Ongoing reforms in the FTZ reveal that, now and in the future, China will deepen its reform toward an “upgraded version” of market-oriented economy, further restructure its economic system through regulatory easing and market liberalization.

- The night scene of The Bund, Shanghai ©Song Qi

Located in the Pudong New Area, the Shanghai FTZ functions as the “testing grounds” for this new wave of reform. The establishment of the FTZ involves much restructuring of the previous module, including the further opening up of financial and investment areas, the promotion of trade development, the improvement of legal security and the transformation of government functions.

The introduction of Pre-establishment National Treatment (PENT) in the FTZ means that foreign investment will encounter less barriers when entering the Chinese market.

Among all the objectives of the FTZ, the transformation of government functions has been given particular emphasis by the central government. With the introduction of the “Negative List”, the focus of admission is shifted from prior approval to in-event and after-event supervision. There are also efforts to simplify the administrative procedures. For example, a “batch acceptance” approach is applied, which significantly shortens the application time for foreign enterprises (from 3-6 months to 3 days). A “single-window” (or one-stop) system for trade-related paperwork is also introduced. This reduces the number of transactions requiring pre-approval, and has established a highly efficient and transparent system of administrative management which befits a market economy.

The Shanghai FTZ is not only facilitating the exchange of capital, but also that of talents.

Starting from the 12 April 2017, foreign residents can apply for a permanent residence permit (the Green Card) with a reference letter from the Shanghai FTZ administrative committee. These people can also apply for the same permit for his/her partner and children.

Previously, the application criteria for permanent residence for foreign investors were much stricter: the applicant must have established a business in China for more than three years, with a good taxation record, or the individual has to occupy the highest positions in a company.

A New Picture for Foreign Investors

The Shanghai FTZ has changed the whole picture for foreign investors in China. What benefits can foreign enterprises expect in practice then?

Take the industry of biological medicine as an example. In July 2015, Shanghai Entry-Exit Inspection and Quarantine Bureau lifted the ban for import and export of multi-class low risk biomedical materials. Apart from this new policy, the bureau has also established a new management model of “beforehand assessment of product risk + supervision in and after event”. Under these new policies, if high credit enterprises wish to import low risk biomedical materials, they are only required to submit one project or one kind of product for approval exam and verification. In the meantime, all administrative procedures (including examination and approval) have been concentrated, thus enterprises will no longer need to go through various supervisory departments. The examination and approval time is also shortened to five working days, which is only one fourth of the original examination period. The validity of relevant license has been prolonged from six months to twelve months.

Foreign investors can also enjoy similar benefits in other sectors like finance and foreign exchange administration.

From Shanghai towards the Whole Country

The advantages of a FTZ will not be limited to Shanghai. One major objective of the pilot free trade zones is to gather “replicable and promotable” experiences in the field of reform that can be rolled out nationally.

The “Negative List” approach has been applied to the other three FTZs, and later into nationwide domestic governance. On 19 October 2015, the State Council issued the Opinions on Implementing the Market Access Negative List System (“the Opinions”). This system will be piloted in selected regions from 1 December 2015 to 31 December 2017, and the nationwide implementation will follow in 2018.

The benefit of an easier establishment process has also seen nationwide implementation. In October 2016, the Ministry of Commerce issued the Interim Measures on the Administration of Record Filing for the Establishment of and Change to Foreign Invested Enterprises. For most foreign invested enterprises, this means that establishing a foreign enterprise will no longer require approval, but only registration.

“Negative List” is only one example of the “replicable and promotable” experiences. According to the Ministry of Commerce, by the end of 2016, some 114 items from the pilot FTZ experiences have been replicated nationwide.

The transformation of Chinese economy is a step-by-step readjustment of the relationship between government and market. Free Trade Zones (FTZs) take the lead in this transformation, and their successful practice will give rise to a more open Chinese economy, and a more internationalized and welcoming environment for investors from all over the world. 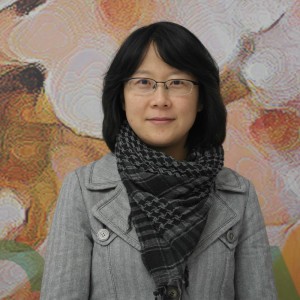 Dr. Chen Ruohong is a visiting research scholar at the Faculty of Law of the University of Groningen. Before coming to Groningen, she has been working as Associate Professor of Law at Beijing Foreign…

← Tianjin: A Traditional-Modern Liveable City Is China a New Imperialist in Africa? →