Chinese eCommerce: The Land of Opportunity

When thinking about eCommerce in China, most likely the first name that will come to mind is Alibaba, which was founded by its iconic entrepreneur Jack Ma. However, in recent times, numerous other players are challenging the dominance of Alibaba. By doing so, they are creating a wide range of opportunities for any organisation eager to tap into a market with an abundance of potential consumers.

As the world’s second largest economy and one of the most populous nations, China offers foreign companies seemingly endless potential. By initiating market reforms after entering the WTO in 2001, China has transformed from a centrally planned to a market-based economy. The speed, at which China shaped its market economy and stimulated private companies to play an important role in the development of technology, is astonishing. This shift has created a breeding ground for new eCommerce business models over the last 10 years, something that is disrupting the current establishment and renewing business patterns in big metropolises. The adoption of QR codes, mobile payment, and hardware applications paved the way for new customer service models, forming the rise of a new service economy.

With a growing middle-class and a population with internet access of 1.283 billion, or 92 per cent of the total population, China is a market of opportunities. Boasting a mobile phone access rate of 96 per cent with almost 1.1 billion smartphone users (over 79 per cent of the population), mobile phone usage is perhaps the single most significant contributor to the growth of eCommerce in China.

These developments place China in the number one spot for largest eCommerce market in the world, providing huge opportunities for any online retailer. The Chinese eCommerce ecosystem can be effectively divided into business-to-consumer (B2C) and business-to-business (B2B) respectively, where the former is most interesting for companies seeking to enter China. Here B2C eCommerce can, in turn, be subdivided into consumer-to-consumer (C2C), domestic and cross-border eCommerce.

The Origin of Chinese eCommerce: Taobao

Before the current trend towards official B2C channels, the Chinese eCommerce ecosystem was primarily the domain of purchasing agents. These purchasing agents, or so-called daigou, would purchase certain quantities of products, ones they would then sell via the C2C market places. Taobao is the most notable example of such a C2C marketplace and has played an important role in the development of Chinese eCommerce.

Taobao was established in 2003 as a response to US rival eBay moving into China in the previous year. Unlike eBay, the Taobao Marketplace offered a unique opportunity to small business owners and entrepreneurs as it allows its users to list their products and services free of charge. After accumulating a critical mass of sellers and buyers, revenue-generating activities, such as online advertisements, became the primary source of income.

The company also appealed specifically to the needs of Chinese consumers by developing several unique features. The Chinese market faced problems, such as fake products and false advertisement, against which consumers wanted to protect themselves. Hence, Taobao introduced its online payment system Alipay, offering both security and speed, as well as introducing Aliwangwang, an instant messaging tool that enables smooth communication between buyers and sellers in order to verify product authenticity.

However, for foreign merchants, the Taobao platform should be seen more as a proof-of-concept rather than a viable business model. The primary reasons are that any organisation will arguably have little control over the price and the final stages of the value chain. In addition, foreign merchants will receive limited feedback with regards to their product performance and brand image in China.

The local Chinese eCommerce market is dominated by Tmall, part of China’s iconic Alibaba group founded by entrepreneur Jack Ma, and its closest competitor Jingdong’s JD.com. Together they account for over 80 per cent of total China eCommerce market share.

Traditionally, only large multinationals and smaller businesses with entities in China were able to offer their products through regular (domestic) eCommerce. This is due to the nature of general trade to which domestic eCommerce is applicable. Using this method, products must be imported from abroad, which require a legal entity in China. Similarly, opening a store on a domestic B2C eCommerce platform requires a company with a Chinese entity.

On the other hand, cross-border eCommerce (CBEC) offers a comparatively accessible entry strategy with two primary advantages. First of all, CBEC is subject to fewer import taxes. Particular products are even subject to fewer product compliance checks which will result in fewer market entry barriers.

In April 2016, China issued two versions of the “Positive List” for cross-border eCommerce. Only if a product comes under the positive list, then the company is allowed to engage in cross-border eCommerce. These lists contain 1293 products and product categories which can be imported into pre-approved CBEC-bonded warehouse zones across China or can alternatively be shipped from an overseas distribution centre linked with Chinese customs without applying for an import license or import certificate.

Being included on the Positive List will reduce the costs associated with the launch of new products to the Chinese market. But cross-border eCommerce also brings along its own challenges as the competitive environment differs significantly from China’s domestic eCommerce. In particular, the emergence of online shopping and the huge number of foreign merchants created a fragmented Chinese market with numerous online sales channels (see the image below).

First, in the bonded imports model, we can distinguish between two slightly different versions. Where under the bonded warehouse model, products are imported in bulk into approved CBEC-bonded warehouses in China, after which the products clear customs once Chinese consumers have placed an order online. On the other hand, in the direct mailing model, the consumer places the order first. And after records of the order, shipment, and payment have been submitted to the authorities, the products are shipped from an overseas distribution centre linked to Chinese customs.

Alternatively, via the direct purchase imports model, products can be shipped from an overseas merchant to individuals in China via the postal and courier system.

Cross-border eCommerce was recognised as a special import channel by customs in 2014, but the policy was revised on 8 April 2016. Prior to the change, purchases through cross-border eCommerce for “personal use” were subject to personal parcel tax. After the reform, import taxes (including tariffs, VAT and consumption tax) need to be paid, if the electronic information can be accessed by customs.

Currently, products purchased via cross-border eCommerce enjoy a reduced VAT and consumption tax charged at 70 per cent of the taxable amount under general trade. In general, a standard VAT rate of 17 per cent applies. On the other hand, if customs are unable to access the information electronically, the goods will be subject to personal parcel tax (ranging from 15 to 60 per cent depending on the product category). This legislation is applicable until the end of the grace period on 31 December 2018.

After examining whether or not a brand could be successful among Chinese consumers and an initial scan of the Chinese eCommerce market, companies need to consider a number of sales channels through which the product is offered.

Compared to other eCommerce models, a brand eCommerce website can provide a unique differentiation strategy regarding marketing and business models. Although the largest search volume still exists in market places, a complimentary channel, such as brand eCommerce, within a multi-channel strategy allows you to build trust in addition to gathering valuable consumer data.

As 65 per cent of consumers buy products on market places and global channels of large Chinese eCommerce websites, it is important to highlight the sales models available via market places. First, online malls are the most well-known market places for Chinese consumers. The major differences with online platforms, such as Amazon, is that they provide a centralised platform where goods can be purchased from different merchants, whilst simultaneously enabling consumers to make a single transaction via the overarching market place checkout system. Secondly, the supplier model ensures that foreign brands can indirectly reach Chinese consumers through an intermediary marketplace where there are three kinds of intermediaries: multi-brand retailers, vertical specialty markets, and flash sale markets. Finally, goods could be shipped via overseas purchasing agents (daigou). The most famous market places are Tmall, JD, VIP, Suning, XiaoHongShu and Kaola.

Another unique feature of Chinese eCommerce is its connection to social media. Here social media applications, such as WeChat, allow companies to both sell and engage with their customers and followers on one overarching platform which is deeply rooted into everyday Chinese lives. In order to open a WeChat store, a company needs to open a WeChat official account, coupling it with payment platforms to enable in-app store purchases.

With or without an international brand recognition, brands must expect a completely different customer journey from prospective Chinese customers, particularly as China is characterised by numerous issues, such as fake products. As such, it is not uncommon for a “first purchase” to take many weeks, with numerous points of interaction on the brand’s own and other websites (via targeted advertising). Therefore, several important factors are crucial to consider.

In recent years, the Chinese market has become hyper-competitive. As a result, any brand needs to differentiate itself from ones offered by local vendors as well as global competitors. On the one hand, localisation to the Chinese market is a must-do, yet Chinese consumers may become suspicious once foreign merchants overdo localisation. Hence, leveraging both an overseas brand image and localising is essential yet challenging.

Chinese consumers are accustomed to heavy use of content, social interaction and research to inform purchases, particularly when researching international brands. The Chinese consumers are especially fond of content-heavy pages with detailed product information with both text and images. Once a product comes in different variations, Chinese consumers expect to be able to see each of them. In addition, Chinese online consumers will rely heavily on product review when deciding on whether to buy the product.

The transformation of the Chinese eCommerce ecosystem has presented foreign brands with many opportunities due to the rise of the new service economy. However, in order to successfully take charge of such opportunities, organisations need to deal with a set of unique challenges and devote plenty of time to develop a proper strategy that takes into account the product/brand image, budget, regulatory requirements, and which best serves the company’s business model. 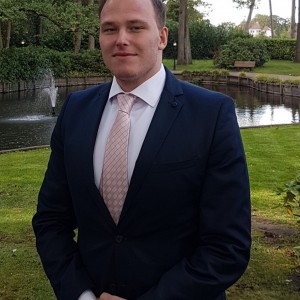 Brian Blömer is an associate at MS Advisory (Member of Moore Stephens International), a professional and corporate services firm in China. Working in a business development and advisory role at TMO …