Nanjing Architecture: The Legacy of Minguo

The eastern Chinese city of Nanjing is exclusively referred to as 虎踞龙盘 (hǔjù-lóngpán), a place where tigers crouch and dragons coil. Such words are spoken of the city due to its grand geographical features: mountains in the north, rivers in the south, and other imposing natural barriers on both the eastern and western sides. Considered the geomantic treasure land, Nanjing was chosen to be the nation’s capital ten times over the long course of China’s history, the most recent being a little over one hundred years ago when the Republic of China (ROC) was founded. The government only lasted for a short time, but its influence on the city is fundamental and profound, which is shown in Nanjing’s unique architectural style.

The Republic of China, also called Minguo, was a special period in Chinese history. Its foundation in 1912 marked the end of over two thousand years of imperial rule in China. Replacing the Qing dynasty, the last of the imperial eras, Minguo established a series of new systems, transitioning the society from imperialisation to modernisation. On the one hand, it was a golden time when people from all walks of life endeavoured to explore new ways to help the state succeed, partly by absorbing western technologies, systems and culture. On the other hand, the nation suffered severely from both domestic instability and external oppression. It is said that the average lifespan reduced from 55 years old in the Qing dynasty to 35 years old in Republican times. Owing to its great achievements and perpetual conflict and tension between enemies both across borders and within, Minguo occupies a unique position in Chinese history.

Nearly 70 years has passed since the Minguo period ended in 1949. However, while exploring Nanjing, the capital city of the old regime, it can be seen that Republican culture still permeates life in the city, from the food being served to the clothes being worn. One of the most significant indications of Republican influence is found in the city’s architecture. Minguo buildings are divided into several categories: some in traditional Chinese palace style, some in accordance with western aesthetics, and others featuring a blend of western and eastern styles. Such buildings stand at every corner of the city, serving as functional monuments to Nanjing’s glory and tribulations, and presenting a veritable cross-section of Chinese architectural development.

Mei-ling palace, located on the top of Xiaohong hill in the east of the city, is a typical ROC architectural style building. The two-storey villa with an underground basement was commissioned by the president of the National Government, Chiang Kai-Shek, for his wife Soong May-ling. The splendid palace served not only as a residence for the couple, but also as a place where they received foreign guests, held parties and practiced their Christian worship.

The exterior of the villa is in traditional Chinese style - very bright yellow walls and red pillars and columns; various birds and flowers painted on the double eaves; the hip roof covered by glazed green tiles featuring intricate patterns of phoenixes. The interior, however, designed in an elegant western style, reveals Soong’s personal taste for design. Having moved from Shanghai to America at the age of ten, her style was profoundly influenced by the western way of living. Typical western fireplaces, continental couches with lace fabric covers, mosaic bathroom floors, modern sanitary facilities imported from the UK, large floor-to-ceiling windows – the grand villa is lavishly adorned with western elements (Travel China Guide, n.d.). The uniqueness of this palace lies in its use of advanced western construction technology in the conventional Chinese architecture. Therefore, it enjoys the reputation as the “Best Villa in [the] Far East” (Travel China Guide, n.d.).

Moreover, the villa is endowed with a romantic aura due to a serendipitous discovery made by Guoxiao Tu, a photographer in 2015: from the air, the house with its surroundings adopts the shape of an elegant beautiful teardrop necklace. The green roof resembles a giant emerald, while the plane trees on each side of the roads leading to the palace look just like a pendant on a delicate chain (Kaushik, 2015). As a further delight, the colour of the necklace changes with the seasons: the plane trees, while green in summer, turn yellow in autumn, which makes the ‘necklace’ more noticeable and eye-catching. Despite the fact that the resemblance was unintentional according to the director of the cultural relics office, the locals believe that this is no accident, and that Chiang designed the palace this way to show his love for his wife.

Different from Mei-ling palace, the Nanjing 1912 cultural theme block holds greater commercial value than historic value. The complex is composed of nineteen Minguo style buildings, five of which were built during the Republic period. The district was named in memory of the year 1912, when Dr. Sun Yat-sen founded ROC in Nanjing. At that time, the city gathered numerous scholars and statesmen from home and abroad, becoming the cultural and political center of early-twentieth century China. As described by You (2013) on the CNN website, to remind people of “its former Republican glory” the Nanjing government has set out to “encourage the cultural comeback” since the turn of the millennium by reorganising the district into a blend of culture, history, entertainment and sightseeing.

After the restructuring and renovation from 2002 to 2004, the over 40,000-square-meter area is now divided into two regions and four Street Plazas named ‘Peace’ (太平洋 Tàipíngyáng), ‘Love’ (博爱 Bóài), ‘Republic’ (共和 Gònghé), and ‘New Century’ (新世纪 Xīn shìjì). The district is filled with Minguo-style architecture, with buildings erected with smoky grey bricks, with green plants climbing the walls. Serving as the only exterior decoration, the plants wave gently with the passing breeze. Most of the buildings are now used for leisure, having been turned into coffee shops, restaurants, pubs and bars. Visitors can taste various cuisines from many other countries and areas before enjoying the liveliest nightlife to be found in Nanjing. The district has now become a true hotspot among both the residents and tourists.

As one of the most ancient and storied cities of China, Nanjing has developed so rapidly in many aspects over recent decades that change is now a constant here. Thanks to the locals and their profound affection for the past, efforts to preserve the remaining legacies are unwavering. Elaborate plans have been made by the government to renovate Minguo-style architectures in Nanjing since they are the witnesses to the city’s past glory. The nostalgic trend never dies down, and visitors are always captivated by the charm and history found around every corner of Nanjing.

References：
Kaushik. (2015). The Mei-ling Palace of Nanjing Looks Like a Giant Necklace.
Retrieved from
https://www.amusingplanet.com/2015/11/the-mei-ling-palace-of-nanjing-looks.html 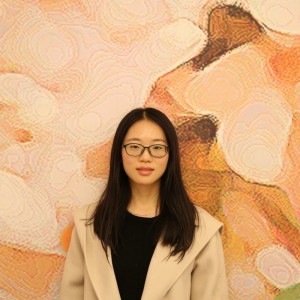 Yanqiu Shao currently works as an assistant project manager in a Dutch business consultancy company. She obtained her Master’s degree in Linguistics and Bachelor’s degree in English Language and Cul…