Arriving in the Netherlands, I suddenly realized my urgent need to buy another mobile phone for my contacts both in China and in the Netherlands. In two minds as to whether I should choose an iPhone over a Samsung, I suddenly spotted the black phone that my Dutch colleague was using; its display took up 80% of the front panel with the following white letters at the bottom: HUAWEI (华为). “How do you like your mobile phone?” My interest was aroused; for she was using a Chinese brand in the Netherlands. “It recognizes your fingerprint,” she said, setting out to enumerate the features of her newly bought phone to me: “six inch screen, eight cores, 13MP lens, power saving”, while my thoughts just lingered on the question: “Is Huawei popular outside of China?”

Actually my very first impression of Huawei came to me twelve years ago in China when one of my best friends excitedly asked me to congratulate him on his success of becoming a Huawei Ren (华为人), which employees of Huawei proudly call themselves. Since then I got to know that for graduates who major in Information and Communication desiring to work in a global and innovative company, Huawei is the place to be. Mr. James Dai (戴民), the Chief Operating Officer (COO) of Huawei Technologies in the Netherlands confirmed as such in an interview with Global China Insights on October 21, 2014. Joining Huawei in 1996 when graduating from University, Mr. Dai is very proud of his career at Huawei.

According to Mr. Dai, the most representative feature for Huawei to attract young elites is the culture and mechanism, both of which encourage and guarantee one’s initiative. Original ideas, he added, should always be valued and rewarded. People are promoted not according to their seniority but based on their contribution to the group. Also, Huawei’s philosophy of team work is really what drives their great strength in technological innovation and in other developments: Huawei Ren always gets the most cordial congratulations from their team on their success and the most sincere help from their co-workers when in difficulty.

Huawei is still a young company; it was established 27 years ago with a start-up capital of only 20,000 Chinese RMB (€2,620), but this was enough for the Huawei people to work miracles. In the course of a little over two decades they have transformed into a multi-billion company. On 31 March 2014, Huawei released its 2013 annual report, revealing another great year with sales revenue of USD 39.4 billion (€31.6bn), surpassing Ericsson’s revenue of USD 35.3 billion (€28.48bn) and making it the world’s No. 1 telecommunications equipment provider.

Even though Huawei has been well known for years in the business market as one of the world’s largest telecommunications equipment providers in China, individual consumers are not yet that familiar with the brand. As Mr. James Dai explains, Huawei’s business was mainly focused on the operators’ side prior to 2010, and as early as the end of 2007 Huawei became a partner to all the top operators in Europe. From British Telecom (BT), Deutsche Telekom (DT), France Telecom/Orange (FT) to Vodafone and KPN, millions of people in Europe rely on the company’s equipment every day. It was only since Huawei decided to make and sell its own mobile phones in 2010 that private users are gradually getting to know this name brand.

Ever since 2010, Huawei has been making consistent efforts to build its brand recognition within the consumer’s market instead of just among industry insiders. Mr. James Dai explained the developing trace of Huawei’s strategy in the users’ market: To ensure sales volume in the initial phase, Huawei focused on producing low-cost customised mobile phones for major operators in China. Since 2011, it has adjusted its marketing and positioning strategies and started to march into the middle and high-end markets by launching its self-owned ‘Huawei’ brands. From Huawei Vision C8850, the world’s first ‘cloud’ smartphone; to Huawei Honor U8860 featuring a ‘Cloud +’ network drive to Huawei Ascend P6 the only 6.18mm (0.24in) thick mobile phone, Huawei brand has been continuously stimulating the interest and passion of domestic consumers in this national brand and at the same time changing the intrinsic concept of overseas consumers of ‘Made in China’.

In 2013, to promote brand awareness for Huawei mobile phones, the company conducted a series of branding campaigns worldwide, including sponsoring football games and clubs, such as Spain’s La Liga, Italy’s A.C. Milan, Germany’s Borussia Dortmund, and the Netherlands’ Ajax Amsterdam.

According to the newly released smartphone market statistics by the International Data Corporation (IDC), Huawei shipped 12.7 million smartphones in the third quarter of 2013, a 4.8% share of the market, making it one of top three smartphone makers after Samsung (31.4% of the market share) and Apple (13.1% of the market share). Those numbers prove that Huawei is no longer solely well known among telecom operators, but it has also begun to win its ‘smart’ place among individual consumers.

All these achievements stemmed from just a small sales agency established in 1987 in a residential building in the Nanyou New Village in Shenzhen (深圳南油新村) by the current CEO Ren Zhengfei (任正非), a former engineer in military’s Engineering Corps, together with five other investors who each put in 3,500 Chinese RMB (€459). Nobody expected that this humble business born in a shabby workshop would rewrite the history of the telecommunications manufacturing industry both domestically and worldwide. On some occasions, people have called Ren Zhengfei and Huawei the Chinese version of Bill Gates and Microsoft.

-Mr. James Dai, the COO of Huawei Technologies in the Netherlands

In 27 years, Huawei has grown from a humble beginner to a global leader in the ICT industry: from 6 to 150,000 employees; from a registered capital of 20,000 Chinese RMB (€2620) to a yearly revenue of USD 39.4 billion (€31.6bn); from a seller of foreign telecom equipment to the world’s biggest telecommunications company serving telecom providers, enterprises and consumers from over 170 countries and regions. In the 15th annual Best Global Brands Report unveiled by Interbrand on 9 October 2014, Huawei was listed No. 94, making it the first Chinese company to break into the top 100.

When asked about Huawei’s secret to success, Mr. James Dai said that ‘customers first’ has long been the core value of Huawei and innovation cantered on customer needs has been and will always be Huawei’s priority. Huawei consistently invests over 10% of its revenues on Research and Development (R&D), with its R&D employees comprising 45% of the total workforce. Thanks to its integrated services and enormous investment in customer-centric innovation, Huawei’s enterprise business, which just started in 2012 in Western Europe, has become the fastest growing section among Huawei’s three business units, namely carrier network, enterprise business and consumer business.

The success of the Huawei brand does not come by accident. Nor are people using Huawei smartphones outside of China, like my Dutch colleague, isolated examples. It is true that the company still has a long way to go in building its brand recognition, especially in the overseas markets, but its persistent efforts have paid off. In the face of new opportunities and challenges, Mr. James Dai added, Huawei is endeavouring to become a world-renowned brand leader by delivering a consistently superior customer experience. 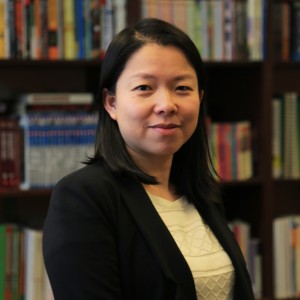 ← If You Are the One Chibei: An Irresistible City at the Foot of Changbai Mountain →