Under continuous rain, a small, red bean turns into an open, red umbrella in the blink of an eye. This is the first act of the Chinese animation Lovesickness, a story about a girl of noble birth and a poor boy in the Qing Dynasty. Although childhood sweethearts, with the red bean as a symbol for their love, they are unable to be together in the end.

This animated short film was released in December 2016, and was already viewed by millions of Chinese people within 10 days. It was a part of the animation project called Jiading 800th Anniversary, in the Chinese choir series. The Chinese choir series is a selection of 16 ancient poems about love, friendship, nationalism and many other themes, which have been adopted into hand-drawn animations.

Lovesickness was based on a poem of the same name written by Wang Wei, a famous poet in the Tang Dynasty. In the poem, the red bean expresses a yearning emotion. The poem has been widely spread, and nowadays, Chinese people regard the red bean as a seed of love.

- A clip from the animation Lovesickness ©The Chinese choir series

As the animation continues, we see the hero of this story holding a red umbrella. He sees a red bean hairpin on a market stall. A look at this pin brings old memories back: memories about the heroine. The red bean is a colourful representation of the deep love between the two protagonists. From childhood to adulthood, the red bean has witnessed all their joyful times and sorrowful periods together. For example, when the heroine leaned against the hero to see the red bean in his hand, his ear turned red at once. When the heroine, forced to part from her sweat-heart and marry a rich man of her social rank, was tearfully embroidering a handkerchief, she accidentally pricked herself with a needle leaving a drop of blood on the handkerchief which she then embroidered into a red bean. At the end of the short movie, this red bean handkerchief appears again in the hands of the hero, as he sets off alone into the distance.

The visuals in this animation are all quite exquisite: delicate buildings, hazy drizzle, delicate oil-paper umbrellas, clear rivers, lush plants and crescent boats. All those elements present us with a charming scenery of Jiangnan (a region south of the Yangtze River). Three simple colours, red, green and gray, appear frequently in the animation. The red of the bean, the umbrella, the couplets and the lanterns is dazzling; the green of the trees and the grass is vibrant; and the gray of the houses and bridges endows the town with an air of elegance and tranquillity. Besides, the vivid characters and the symmetrical composition of the scenes make this short film even more a pleasure to the eye. It is no wonder that many viewers have said that each frame of this animation is so beautiful that it can be used as a wallpaper.

Regarding the sounds in Lovesickness, the classical, Chinese-styled music must not be ignored. In particular, the recurring theme song composed by Yi Fenglin was skillfully adapted from Wang Wei’s poem. Many Chinese people are familiar with this poem. But the way most people remember it is from reciting. This time we can appreciate it through Chinese traditional music and a children’s chorus. And this is actually the original form of expressing ancient Chinese poetry; they were created for singing with a beautiful melody.

Of course, what makes this animation most attractive is the symbols and ideas of Chinese culture it embeds. Apart from the red bean, which has always been considered as a symbol of love in China, another frequently appearing symbol in this animation is the pear. For example, there is a street hawker selling pears who shouts “My pear! Don’t you have eyes?” when our hero accidentally runs into the pear stall. This is a significant scene because the Chinese character for pear (梨 lí) is homophonic to the character that means to separate (离lí). The pear thus becomes an indication of the destiny of the hero and the heroine. Moreover, the words the crowd cries out at the engagement ceremony also have implied meaning. They said, “Men dang hu dui”, which means a marriage between families of equal social rank. That was the common idea in that period, so the heroine had to marry a rich man rather than the hero she had always loved. The sweethearts could not even meet and talk with each other. The tradition in ancient China was that unmarried young men and women should keep a distance from each other, and no contact was allowed.

This is not only a Chinese animation with lively plots and beautiful scenes, but also a picture scroll reflecting the style of the Jiading area in the Qing Dynasty. It is a perfect window through which to look at the traditional cultures and ideas of China. There is definitely something for everyone to enjoy in this film. You may appreciate the Chinese-style drawing and music; you may engage in the beautiful story; you may also learn something about traditional Chinese ideas in love and marriage. Therefore, I would strongly recommend Lovesickness to you. 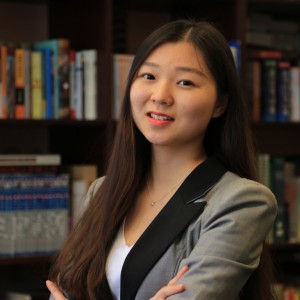 Wang Jia, a postgraduate student at Communication University of China (CUC), majoring in Teaching Chinese to Speakers of Other Languages. She used to work as a Chinese teacher in Groningen Confucius…

← The Treasure Behind Taobao *The Reader* "The Refreshing" →