The Beauty of Kunqu Opera

In 2004, the youth version Kunqu opera (昆曲) The Peony Pavilion (《牡丹亭》) was performed successively in major universities in China, such as Beijing University (北京大学) and Fudan University (复旦大学). Wherever it went, it triggered a wave of enthusiasm on campus and became well known among the young students. Since its first staging, it has been performed in public on no less than 200 occasions in eight years. In 2006, it came to the United States and made its first debut overseas. The oriental opera caused a sensation on distant shores. Experiencing a 600-year historical development, Kunqu opera had once been a romantic stage for literati to describe the joys and sorrows of life, but it almost disappeared. As an ancient art, why does it have such glamour in modern life? What is the beauty of Kunqu opera?

The prominent feature of Kunqu opera is its extraordinary and unique tune. Kunqu originated in the late Yuan Dynasty (元朝1271-1368) and was created in the Kunshan (昆山) region, near Suzhou (苏州) in today’s Jiangsu province (江苏省). At the time, the tune was called Kunshan Qiang or Kunshan Tune (昆山腔). During the Jiajing period (嘉靖年间1522-1566) of the Ming Dynasty (明朝1368-1644), Wei Liangfu (魏良辅) who was proficient in melody, borrowed some features from other melodies and initiated a brand new singing genre. It was dubbed the Shuimo Qiang or Shuimo Tune (水磨调), a melody as exquisite and smooth as water. The Shuimo Tune not only boasted its subtle and elegant words pronunciation but was a refined and attractive tune. Simultaneously, the ‘one word, three sighs’ style developed a breathtaking mellow voice and soon swept the country. In the Wanli period (万历年间1573-1620) of the Ming Dynasty, the most fashionable lifestyle was to appreciate Kunqu. European missionary Matteo Ricci arrived in China during this period and saw that food, clothing and luxury goods were abundant. What he found more surprising than wealth was the attitude towards life of Chinese people. They are rich in cultivated manners and know how to enjoy life. What Ricci witnessed was the spiritual fulfilment and tranquillity that Kunqu opera brought to people. When people enjoyed the soothing and calming opera music, they would enter an affectionate emotional world. Each Mid-Autumn Festival (中秋节), when the annual Opera Joint Performance was held in Huqiu Mountain (虎丘山), the whole town would turn out to listen to Kunqu opera.

The diction of Kunqu opera is also elegant and melodic. It carried on the poetry tradition from the Tang (唐朝618-907) and Song (宋朝960–1279) Dynasties and expressed emotions with poetic language:

不到园林，怎知春色如许？
Without coming to the garden, how could I ever picture the splendour spring like this?
良辰美景奈何天，便赏心乐事谁家院？
Beautiful scenery on a bright day is of no avail, who enjoys real delight and amusement?
则为你如花美眷，似水流年。
A lady as beautiful as a blossoming flower, whose beauty will fade just as water flows.

The beauty of connotation in Kunqu opera manifests itself in the respect for humanity. The Peony Pavilion held extreme significance in the repertoire of Kunqu opera which was written by Tang Xianzu (汤显祖1550-1616), one of the world’s greatest dramatists. He boldly presented an amazing love story between a sixteen-year-old girl, Du Liniang (杜丽娘) and a young scholar, Liu Mengmei (柳梦梅). After appreciating the beautiful spring scenery in her backyard garden, the desire of love was aroused. When she returned to her room, she had a dream in which she had a love affair with a hero who she never met before. Afterwards she languished with lovesickness and was gradually consumed with grief. Three years later, on his way to the capital for his imperial examination, Liu Mengmei became ill and stayed in house of Du Liniang. The soul of Du Liliang was back to reunite with Liu Mengmei and eventually rose again from death. People were enthralled by the opera’s bizarre plots and mysterious dreams. The heroine died from passion which in turn brought her back to life. It manifested that the passion (qing情) transcended the principle (li理) which dominated in society of the day; such bold depictions rebelled against orthodoxy at the time. It was the most genuine feeling (zhiqing至情), as the inscription of The Peony Pavilion said: “I have no idea where the passion arouse but be passionately devoted. The living chooses to die while the dead survives. If the living cannot die, the dead cannot be resurrected, it would never deserve to be called the most genuine feeling”.

Another fascinating feature of Kunqu opera is the poetic imagery beauty. Kunqu’s ancient stage was always a square. Audiences watched the show on three sides, giving the artists opportunity to display their performing talent. The traditional stage was simple and virtual, so it needed audiences to use their imagination. Sometimes only with a folding fan, the colourful scenery of springtime would appear, delivering a complete setting or atmosphere of the season. Actually, it was a space of integrity to present a graceful real world. Except for the stage, the make-up and costumes of Kunqu opera also contributed to create an aesthetic atmosphere. The opera actresses and actors showed their charming and refined appearance by distinct facial make-up. The costume of Kunqu opera decorated with delicate southern Chinese embroidery and superior silk fabric embodied the poetic beauty of Chinese ink painting. Performances with swirling sleeves required different techniques, such as sleeves shaking, folding, stacking, throwing and turning. The audience could not appreciate its beauty until immersed in the broader aesthetic atmosphere encompassing the stage, the costumes and imagery.

Due to this inner beauty, Kunqu opera has never stepped down from the stage of history after experiencing its own ups and downs over centuries. In 2001, Kunqu opera was listed in the first batch of UNESCO’s Masterpieces of the Oral and Intangible Heritage of Humanity, an honour which helped the traditional opera regain its vitality. In 2009, the Kunqu Opera Succession Planning was officially launched; to deliver in the next five years a Kunqu public elective course at Beijing University, hold opera culture weeks, including performances, exhibitions and lectures. The aim is to protect Kunqu opera, bring in fresh blood, especially the highly educated young adults, into this genre of opera and to promote a cultural renaissance. The loyal guardian for beauty in China restores and revives the ancient art Kunqu opera. 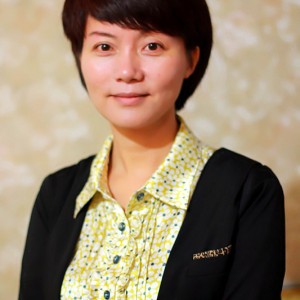 ← Panda Diplomacy If You Are the One →