Pingyao: The Language of Trading

In July 2013, as part of the Beijing (北京) Summer Camp organised by the Groningen Confucius Institute (GCI), sponsored by Hanban (汉办) and the Communication University of China (中国传媒大学Zhōnɡɡuó Chuánméi Dàxué), GCI arranged a excursion to the ancient city of Pingyao (平遥), a famous city of rich Shanxi (山西) businessmen and merchants. Shanxi businessmen are famous for their trading and banking skills. Instead of having great politicians, writers or poets, Shanxi produced many famous merchants who got rich from trading in salt and in coal and from banking. Therefore, to broaden our understanding of Chinese business culture, we visited the ancient city of Pingyao.

Our trip to Pingyao started with a high-speed train from Beijing West Railway Station (北京西站Běijīnɡ Xīzhàn) to Taiyuan (太原), Shanxi province, and from there we took a tour bus to Pingyao taking us no further than the outer city walls of Pingyao. The bus was not allowed to enter the ancient city because it is on the UNESCO World Heritage Site List as one of the best preserved historical cities in the world, and therefore motorised vehicles are not allowed inside the city. Instead, you can walk, ride a bicycle or, as we did, take an electrical cart. The journey on this motorised vehicle took us through many narrow streets, ones that are flanked by the original, beautifully decorated outer walls of ancient houses, bank buildings, traditional inns and past impressive courtyards as well as beautiful temples before arriving at a beautiful courtyard-style accommodation in the traditional Qing Dynasty décor. It was here where we dropped our luggage, then to follow our tour guide on foot to climb up the ancient city walls where you have a great view of the city.

The ancient city of Pingyao was added to the UNESCO World Heritage List in 1997 and includes the outlying Zhen Guo Temple (振国寺) and the Shuang Lin Temple (双林寺). Together with the ancient city wall, these three sites are regarded as the particularly unique and beautiful treasures of the city. The first treasure, city wall is six kilometres long and 12 metres high, and was built in 1370 at the start of the Ming Dynasty. This defensive wall, with its 72 towers, is said to have been built in the shape of a tortoise, and has been given the nickname ‘Turtle City’. In Chinese mythology, the tortoise represents longevity and defensive strength. The city wall has six barbican gates with one gate on the south and one gate on the north representing the head and tail of the turtle, and two gates on the east and two gates on the west representing the legs. The city has four main streets, eight roads, and 72 lanes and alleys. Viewed from above, they look like the lines on a tortoise shell.

The second treasure is the tenth-century Buddhist Zhen Guo Temple located about ten kilometres from Pingyao in Haodongcun (郝洞村). The temple’s oldest hall is the Ten Thousand Buddha Hall (万佛殿Wànfó Diàn), built in 963 during the Northern Song Dynasty (北宋960-1127) is one of the oldest wooden structures in China. This temple houses 14 beautiful Chinese painted statues, which are among the only examples of tenth-century Buddhist sculptures, including a Buddha statue in the centre of the temple with two followers beside it. Having two main halls and two courtyards, this temple is enclosed by a wall around the entire complex. The temple site itself can be accessed through the Tianwang Hall (天王殿Tiānwánɡ Diàn), which acts as the gate of the temple. The next hall is the Ten Thousand Buddha Hall, and the final hall is the Sanfo Hall (三佛殿Sānfó Diàn).

The third treasure is the large sixth-century Buddhist Shuang Lin Temple approximately seven kilometres outside of Pingyao in the village Qiaotou (桥头村). This temple is famous for its collection of more than 2000 twelfth to nineteenth-century decorated clay statues. This temple is also nicknamed ‘the treasury of painted sculpture art’, or ‘the museum of coloured sculptures’. The systematically displayed sculptures are spread out over ten different halls, which are located within three courtyards. The colourful statues are quite life-like in form and represent the design of artistic traditions of the Jin (晋朝265-420), Song (宋朝960-1279) and Yuan (元朝1271-1368) Dynasties. The themes of the sculpture are mostly of a religious nature or relate to everyday life. The statues are considered some of the best examples of Chinese-coloured sculptures.

When standing on the Pingyao City Wall, you have a clear view of the many temples the city itself holds, e.g. the twelfth-century Confucian Temple (孔庙Kŏnɡ Miào) with its classic main hall where the main roof timbers are borne by large oblique beams instead of by the more conventional brackets technique; the seventh-century Qing Xu Daoist Temple (清虚观Qīnɡxū Guàn), which consists of ten main buildings; and the more recent nineteenth-century temples, including the Temple of the Town God (城隍庙Chénɡhuánɡ Miào), the Auspicious Temple (吉祥寺Jíxiánɡ Sì) and the Temple to General Guan Yu (关羽庙Guānyŭ Miào). Another easily spotted monument is the County Administrative Building, a two-storey wooden city tower that contains artefacts and elements from the 14th to the 19th centuries, which is the tallest structure in this historic city. The many different temples in the city of Pingyao are an excellent representation of Chinese philosophy. The temples were built for various religious and spiritual activities, but this does not limit itself to only one religion. The temples represent Buddhism, Daoism and Confucianism, and they can exist in harmony with each religion being tolerant to other religions in same area. The key feature of Chinese philosophy is the integration of Confucianism, Taoism and Buddhism, perfectly illustrated by the architecture of Pingyao’s temples.

Pingyao, founded in the fourteenth-century, is a beautifully well-preserved example of a traditional Han Chinese city from the Ming (明朝1368-1644) and Qing (清朝1644-1911) Dynasties. Because many of the ancient inhabitants of Pingyao were successful traders and later also successful bankers, many high-quality private houses were built all around the city. And many of these houses have survived to a large extent. The houses were built according to the feudal and hierarchical Han tradition and have distinguishing local features. Standing on top of the city walls, the visitors can take in great views of the 4000 dark grey houses with their characteristic roofs, narrow alleys and harmonious open courtyards. Approximately 40,000 people live in the old city today; and in addition to the electrical carts, bicycles are the main means of transportation. The city is a typical example of the traditional, romantic idea many Western people have of China, which also made it the perfect backdrop for Zhang Yimou's (张艺谋) famous 1992 movie Raise the Red Lantern (《大红灯笼高高挂》Dàhónɡ Dēnɡlonɡ Gāoɡāo Guà).

Pingyao was not only known for its successful merchants, but also for its famous bankers. During the Qing Dynasty, it was the most important financial centre, or banking centre, in China. China’s very first commercial banks were established in Pingyao and the first Chinese cheques, or bank drafts, were issued in Pingyao. At the height of its success, there were as many as 20 financial institutions in the city, more than half of the total number of banks in the entire country at that time. And up until the late nineteenth-century, China’s entire financial world was dominated by the Pingyao banking community. The city has even been called ‘Chinese Wall Street’. But eventually, after the fall of Qing Dynasty, the banks in Pingyao went bankrupt. Today, even though they are no longer in use, you can still visit some of these historical bank buildings. The biggest and most famous bank, Rishengchang Bank (日升昌票号 Rìshēnɡchānɡ Piàohào), has been turned into a museum. As our tour guide informed us, this bank, established in 1823, is considered the first bank in Chinese history. It used to have 35 branches in China and it did business with Europe, America and Southeast Asia.

The city streets of Pingyao used to be dominated by the financial accomplishments of its successful merchants and successful bankers; nowadays it is dominated by the numerous tourists and the countless numbers of souvenir shops, bars and restaurants. Tourists, street carts and stores filled with souvenir merchandise flank both sides of all the many streets, lanes and alleys. The available souvenirs vary from traditional paper cuttings, old coins, antique furniture, jade jewellery to the local specialities of handmade cloth shoes and lacquer jewellery boxes. And tourists really have to work for their souvenirs as well. People are expected to bargain, and the local Pingyao people are very experienced at this haggling, demonstrating that the trading spirit is still very much alive in the city. And the universal language here was that of trade. Knowledge of the Chinese language is hardly necessary – except for the one phrase Tài guì le (太贵了too expensive) which we all quickly learned to say – as long as there is a calculator present to type in the price that either the sellers are were asking or the buyer was willing to pay.

Unfortunately, all the tourism attracted by this ancient Chinese city might also be its eventual undoing. On the one hand, being on the UNESCO World Heritage Site List ensures that the city is preserved; on the other hand, it completely changes its character because of all the tourists it attracts. The presence of the distinct hordes of tourists, and the consequent tourist ‘attractions’, such as souvenir shops, bars and restaurants, distracts the visitor from the more subtle ancient beauty and the historic treasures of the city. At times, it is hard to determine whether it is a museum or an amusement park. There is a clear clash of ancient China and modern China, the beautiful ancient environment meeting the harsh reality of modern day commercialism. 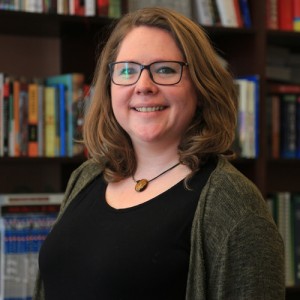