Deng Xiaoping and the Transformation of China : A Book by Ezra F. Vogel

According to former US President Jimmy Carter Deng Xiaoping and the Transformation of China is “an impressive and important biography of one of the most important men of the twentieth century”. It is a comprehensive and informative biography, written by Ezra F. Vogel, one of Harvard University’s top China scholars. The book was published by Harvard University Press in 2011, entered the 2011 National Book Critics Circle Awards ‘finalist’ list, and won the 2012 Lionel Gelber Prize, which is described as “the world’s most important award for non-fiction” by The Economist. The Chinese mainland simplified Chinese edition was published in January 2013 and this edition was commonly regarded a huge breakthrough in the release of sensitive information. The book is, as the subtitle indicates, about Deng Xiaoping and the political and economic revolution that China has experienced in the past 30 years. Deng Xiaoping launched China’s market-oriented economy and developed China into one of the fastest growing economies in the world over the past 30 years, raising the standard of living of hundreds of millions of people.

“Deng could be tough, but he was direct and engaged. He played an extraordinary role, bringing the world’s most populated nation into the modern world,” said Mr. Brent Scowcroft, who served as Deputy Assistant to the President for National Security Affairs in the Nixon and Ford administrations. “We are fortunate that Vogel, one of our foremost China scholars, has now brought the man alive in this uniquely researched biography.” Strictly speaking, the book is not a typical biography for it does not dwell much on Deng’s personal life and readers can only get superficial psychological insights into Deng. Instead, it tells a story of reform and opening-up through exploring the life of Deng Xiaoping. The 876-page study of Deng Xiaoping’s life offers little information about Deng’s life and experiences in his first 65 years, which are compressed into a mere 30 pages. The core of the book provides a detailed examination of China’s politics and economic reforms from Deng’s assumption of the top position in 1978 to the end of his own life in 1997, which, comparatively covers over 700 pages of the text.

Deng Xiaoping was a pragmatist, a statesman with an iron will and he was the key architect in opening up to the west and economic reforms, transforming China economically, politically, and socially. He was the driving force behind China’s radical transformation in the late 20th century. Even now, according to Dr. Feng Keli, a professor at Shandong University who translated this book into Chinese, the Chinese people are still living in Deng Xiaoping’s time to a great extent. To understand China today, you must understand Deng. Mr. Vogel’s prodigious biography offers a sweeping overview of Deng’s background (1904-1969), recounts his tortuous road to the top (1969-1977), provides accounts of his vision, courage, political and organisational skills in modernising China and opening it to trade with the West (1978-1989), and also collects challenges to the Deng era (1989-1992). The book is, to a great extent, a detailed chronology of Deng’s roller coaster career.

Vogel’s book supplies plenty of impressive details about and extensive insights into Deng Xiaoping. It offers an enormous amount of material about Deng’s leadership and struggles within the elite power circles in China over several decades. Howard French from the Wall Street Journal said: “The book is at its best in portraying the tense interplay of personal relations and ambition among Mao’s many lieutenants.” Deng was a master of administration and diplomacy. The comprehensive description of Deng’s skills when dealing with foreign affairs, like facing the Soviet-Vietnamese threat or opening up to the United States, is also one of the highlights of this book. This massive biography also details how Deng triumphed over repeated setbacks, overcame the seemingly insuperable obstacles to transform China from the oldest civilization into a modern, leading industrial nation. It is worth mentioning that this fascinating book Deng Xiaoping and the Transformation of China also touches on many potent and sensitive issues in China, like the establishment of Sino-American diplomatic relations, the historical evaluation of Mao’s chosen successor Hua Guofeng, the rocky road to economic reform, the relations between Deng Xiaoping and Communist leader Chen Yun, the demonstration on Tiananmen Square and the issues of Hong Kong, Taiwan as well as Tibet.

The author Ezra F. Vogel, who worked on this book for a decade, spent one year to learn the Chinese language in order to study Deng Xiaoping and China’s transformation. His volume is not only enormous but also well researched. He interviewed dozens of Deng’s colleagues and acquaintances, China experts as well as Deng’s family and he did exhaustive documentary research. Vogel also visited a lot of places in China, like Deng’s birthplace in Sichuan Province in the southwest of China, Jiangxi Province where Deng was exiled during the Cultural Revolution, as well as special economic zones in Guangdong Province in the south of China. “With this book, I thought I could write something new that would educate Americans about China,” Mr. Vogel said in an interview. From the perspectives of Chinese people, the author also educates the Chinese about Deng Xiaoping and China reforms as well as about what China is facing and where China is going right now.

This is an important book on one of the most influential leaders in the late 20th century who was the driving force behind China’s transformation. Generally speaking, it is essential reading for anyone who wants to know more about Deng and his life, wants to understand how China went from being an impoverished country to a great power today, or wants to understand China today more deeply. 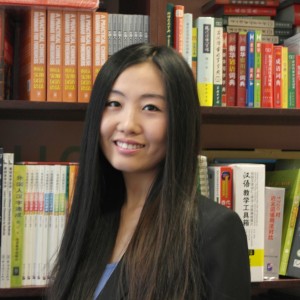 ← On the Usefulness of Uselessness Where Are We Going, Dad? →