A Moon Shines in Every River : On Desire and Change in China

In A Moon Shines in Every River, two women meet in China in the nineties. One has lived there all her life and the other started discovering China while teaching English in Wuhan (武汉). Through authentic Chinese sayings and elaborately written passages, the reader too learns about life in China and the changes that took place in this decade and beyond, right up until 2008. How they both adjust to a change of environment, but also learn to live under different circumstances is a theme running through the entire book.

The native Chinese writer, Zhang Luwei, tells her story from childhood until marriage, which includes her English teaching at Donghu University (东湖大学 Dōnghú Dàxué) in Wuhan. The reader is informed about everyday life of an independent Chinese woman, someone who is trying to find her way in a rapidly changing China. Zhang expresses her deepest thoughts about being an only child in a family, and how her relationship with her father and mother is altering parallel with the changes in society. Also her relationship with her own daughter and husband is shared with the reader, providing a deep look into the thoughts of a Chinese woman.

Zhang Luwei teaches her students to look further “outside the tradition and below the surface”. Through the delivery of English, she discovers a whole new world together with her students.

The other narrator telling her story is Veerle de Vos, a Belgian journalist who possessed a scant knowledge of China before going there. Living in Wuhan for two years teaching English, she discovers a whole new world. Sharing her feelings of confusion and disbelief about everything she experiences during her time in this completely different society provides the reader with an intricate picture of everyday life in China. Besides, Veerle de Vos learns to understand and appreciate China: “I realise suddenly how well informed the Chinese government is of the weaknesses and strengths of our Western governmental system. We assume we live in the best world and it’s just a matter of time when other countries will implement our society model […] How badly we know about the pride of the Chinese people and their sense of self-esteem”. This is quite an eye-opener for her, as it would probably be for a lot of Westerners, once they learn more about the Chinese culture and their national pride.

The title of the book is taken from a Buddhist saying, capturing the story of both of the authors in one succinct sentence. Both women learn that “the moon shines in every river, as long as there is water streaming in it”, (千江有水千江月Qiān jiāng yǒu shuǐ qiān jiāng yuè). Veerle de Vos took the opportunity to see the moon shine in the Yangtze River (长江Chánɡ jiānɡ), something that enriched her life. This Buddhist saying eventually also applied to the life of Zhang, who saw at the end of the book the moon shine in the rivers of the United States, as she is embarking a new life there. Also, Zhang’s students appreciated the world that she taught to them: “You taught us a new river will run through your blood as soon as you start to learn another language. You will never be the same again, because your mind opens up and new energy runs through”. Learning another language and learning about another culture will enrich your life and change it forever. The desire to live somewhere else will change your life forever even more.

Suitable for both sinologists and anyone with little or no understanding of the Chinese language and culture, this book makes for an interesting read, especially the way that Chinese sayings are employed throughout the book. These sayings open up new perspectives for those knowing little about China; whilst experts on China will appreciate the manner in which they are embedded in the book, stimulating further food for thought. The reader will become more aware of the face-moving pace of change in Chinese society with Chinese traditional life meeting modern life. Like the saying Yǒu wénhua bùrú yǒu ge hǎo bàba (有文化不如有个好爸爸): it is more important to have a good father than knowledge of culture. This is a popular saying amongst the students discussed in the book and it reflects the importance of traditions in the face of modern life. In this particular instance, it is no longer the father who decides upon everything, but it is still highly convenient to have a father with the right sort of connections.

European encounters of the Far East, including China, recall the popular phrase ‘East Meets West’. From the front cover of this book with its Belgian and Chinese author through its main body to its conclusion, the reader encounters Chinese society and its ever transformatory nature as well as the interplay between traditionalism and modernity. Reading the A Moon Shines in Every River does much to show dual east-west perspectives, ranging from the Eastern and Western narrator to the Western appreciation of Eastern systems and processes. It is, in essence, a novel which widens intercultural awareness, but also illustrates how learning another language, living in another country and experiencing another culture can enrich your own life. 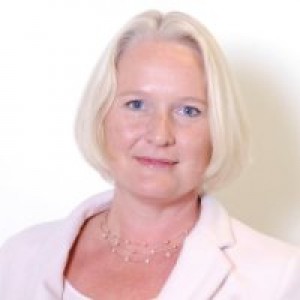 ← Treatise on Architectural Methods On the Usefulness of Uselessness →